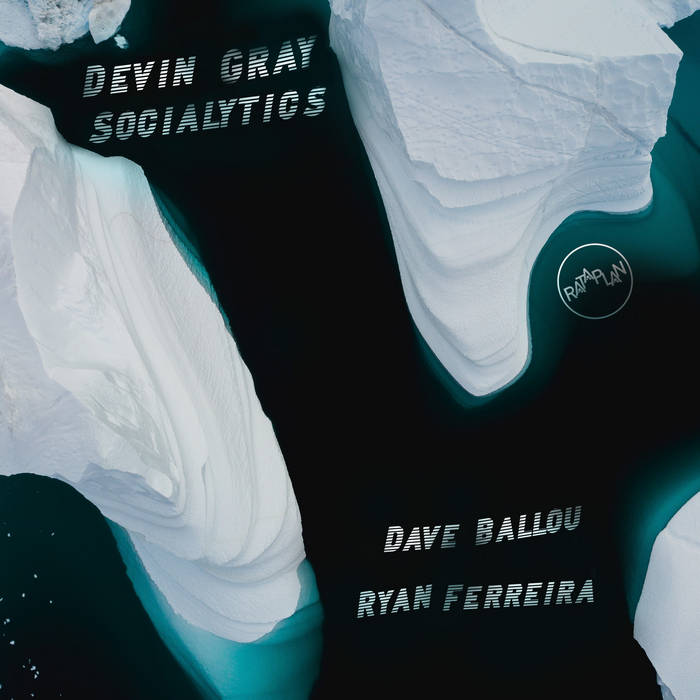 A few years ago I started researching ideas of how this music will remain as social music. I didn’t realize that soon the world would be radically changing at an unprecedented pace in the very near future. I discovered the phrase "Socialytics" very organically as we are all currently living in a state of increasing amounts of attention toward technology. For me this means that computers and phones should aid the simple goals of connecting and organizing ourselves to make more music with wonderful humans.

From my view the title of this recording is as much of a personal goal of human interaction through music, all the while juxtaposed with a lighter phraseology usage of modern social computer analytics trends. Ultimately the goal is to connect and to share with one another; and how lucky we musicians are to be able to do this when we can.

Many common assumptions can arise quickly from the cover art's environmental implications. These social effects need to be addressed more seriously as we are generally moving around the globe more frequently than ever. After a more investigative look into the album title’s neologism, it quickly offers a different path into some current philosophical applications of full time performing artists' minds. The musical output presented on this recording yields sonic examples of Socialytics.

As for the musical results, I am always beyond happy to be in the presence of these two great artists. For many years I have been able to share time with them while traveling, socializing, cooking, joking, and ultimately experiencing making music together. I am very grateful to be able to share some of the results of our experiences with you. I look forward to the day when we can all be together at the same time again, feeling the vibrations in real time, and of course while increasing our Socialytics.

Everyone relies on everyone. Thank you for listening.

About Devin, Jazzwise magazine has said:
“A musician-drummer rather than a drummer-drummer, Gray is interested in making music that is deeply evocative… shaped by a fizzing, often restless push-pull energy.”

Devin Gray’s new trio adds another layer to his creative compositions intertwined with expressive improvisations. Socialytics trio consists of three inquisitive artists for whom all sound is indicative of the modern sonic experience.

Gray is the center of this new musical relationship having lasting bonds with each Ballou and Ferreira but this is the first time the trumpeter and guitarist have joined forces. Gray and Ballou have been playing together for over 15 years, appearing on record and tours with many different bands. Their most known collaboration is the Dirigo Rataplan quartet with titans of jazz, Michael Formanek and Ellery Eskelin.

Gray and Ferreira also have similar connectivity through their deep Brooklyn/NYC roots going back to many shared and collective touring and recording projects starting in 2011. Their most known continued experiences are with the Fashionable Pop Music band featuring bassist Chris Tordini and fellow guitar guru Jonathan Goldberger.