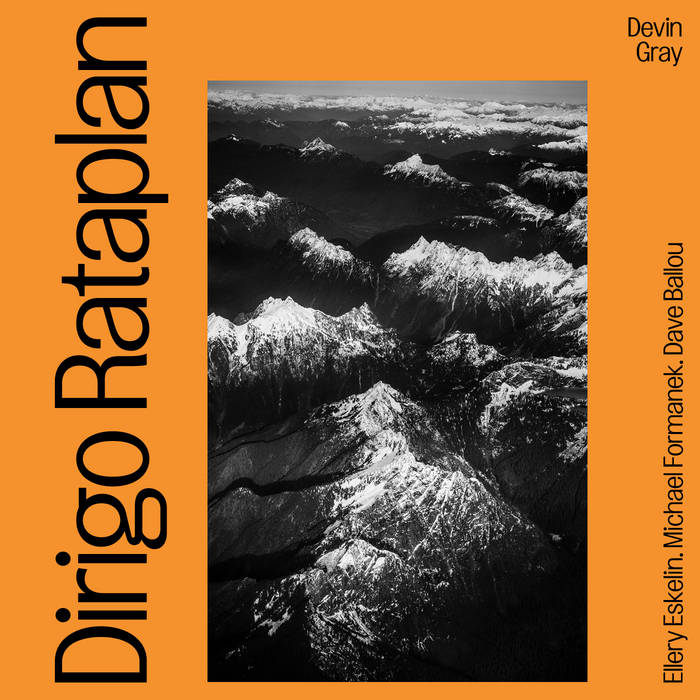 There are times when music lovers can just feel a talent coming into his or her own, when that artist is someone to catch onstage or on record at every opportunity. Drummer-composer Devin Gray​ has arrived at such a moment.

The Brooklyn-based artist made his leader debut in 2012 with the Skirl Records release Dirigo Rataplan, which featured him fronting the eponymous band with trumpeter Dave Ballou​, tenor saxophonist Ellery Eskelin​ and bassist Michael Formanek​, each a master improviser renowned far and wide among fans of creative music. Cadence magazine declared that initial disc to be “fantastic,” while JazzTimes said that Gray’s debut represented “the work of a young artist who knows who he is.” The Free Jazz blog encapsulated the album this way: “This music is all about soul, with technical skills and finesse fully at the service of the end result, full of surprises, emotion and a deep-rooted sense of pulse​. One of the best debut albums in years.”

Now, after six years of intensive experience performing and recording as leader and sideman on both sides of the Atlantic, Gray has reconvened this all-star gro​ up for Dirigo Rataplan II, which will be released on CD, vinyl, digitally and for streaming via Rataplan Records on September 21, 2018​. Time Out New York has praised Gray’s compositions for balancing “formal elasticity with a meticulous sense of pacing.” The new album brims with more earworm melody, richly implied harmony and a loose-limbed sense of rhythm as something physical and flowing – as blood, as breath. Fans of jazz from Ornette Coleman and Henry Threadgill to Dave Holland and Craig Taborn will dig this organic, engrossing mix of composition and improvisation, structure and freedom, atmosphere and
dynamism. Recorded at Systems Two in Brooklyn, Dirigo Rataplan II is music in touch with tradition even as it resonates fully in the moment. A five-minute highlight reel​ from the album can be streamed here​.

About the evolution of Dirigo Rataplan and his writing for the band, Gray says​: “I’ve become more at ease with following my natural artistic impulses​. The experiences I’ve had over the past six years have been so inspiring – in the intense, ultra-energized New York jazz scene, of course, but also in Europe, where players in improvised music are so open to different genres and have this holistic approach to art and creativity​. Coming back to Dirigo, the guys and I have some history together now, having played a lot more gigs. The band is even more sympathetic to my writing and that overall approach, as well as more comfortable playing off each other. Mike, Dave and Ellery are still such heroes of mine – my respect for them as musicians, mentors and men is boundless. They can play anything – they can swing, they can read, they can play free, all day – so it remains a great challenge for me to really challenge them, to spur their creativity. The way they respond thrills me​.”

“With Dirigo Rataplan II, there is more free improvisation in the music,” Gray explains, “but I also think the melodic fluidity between the composition and the improvisation​ is more seamless, with one flowing into the other in a way that I really like. I’m very much writing for Mike, Ellery and Dave –not just for bass, saxophone and trumpet. This music is personal for me, but I want them to do what it is they do, to maximize the pieces in the way that I know they can.”

Reflecting further with this thought in mind, Gray adds: “I don’t set out to make jazz records, per se. I set out to make music, period​ – to capture the moment, the contemporary feel of the music, hoping that it can reflect in
some small way how we live now and what we all have to deal with as human beings in the world.”