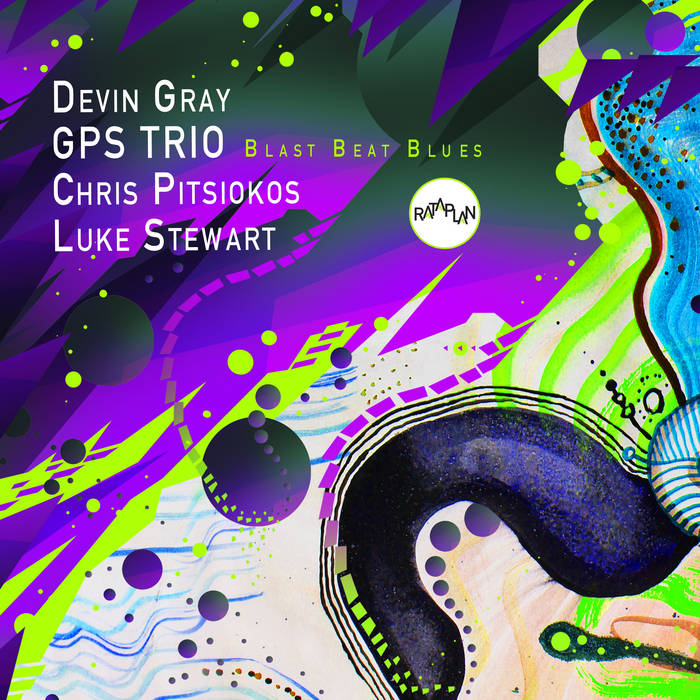 Fiagd Subversive and bully free-jazz adventure, but with the silver lining thing and a glimmer of hope that your ass will not be ripped to bad shreds, and that your mind will get the brain food.

About Devin’s art, Jazzwise magazine has said: “A musician-drummer rather than a drummer-drummer, Gray is interested in making music that is deeply evocative… shaped by a fizzing, often restless push-pull energy.”

Reflecting on his new trio, Devin says: “When I think about Chris and Luke as players and improvisers, I’m drawn to the energy of life that they bring to each of their deeply personal sounds. The trio recording we’ve made – due out via my Rataplan label at the end of November – is a direction of energy that I’ve been working toward for years but have rarely released to more ears. In terms of the dynamic between the three of us, it's for sure alive. To me, the music sounds very much like the music of today, like the modern world we’re all trying to live in, with that odd mix of the comfortable and uncomfortable, if you know what I mean. These guys are totally real – and that’s the sort of energy that I, as a drummer and composer, always strive to channel. I’m excited to share our music – not only with the new record but what we do live, which always feels special to me.”